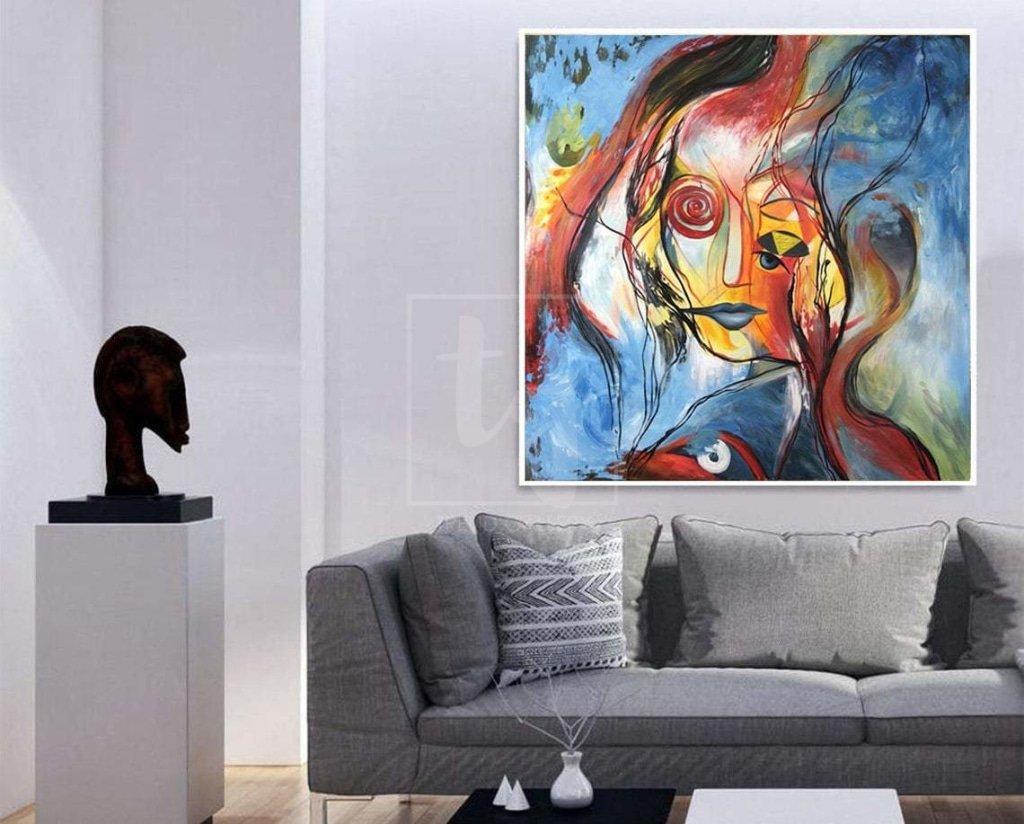 “Thou wast not born for death, immortal Bird!

No hungry generations tread thee down;

The voice I hear this passing night was heard

In ancient days by emperor and clown:

Perhaps the self-same song that found a path

Through the sad heart of Ruth, when, sick for home,

She stood in tears amid the alien corn;

The same that oft-times hath

How is the creation of art a form of magic? 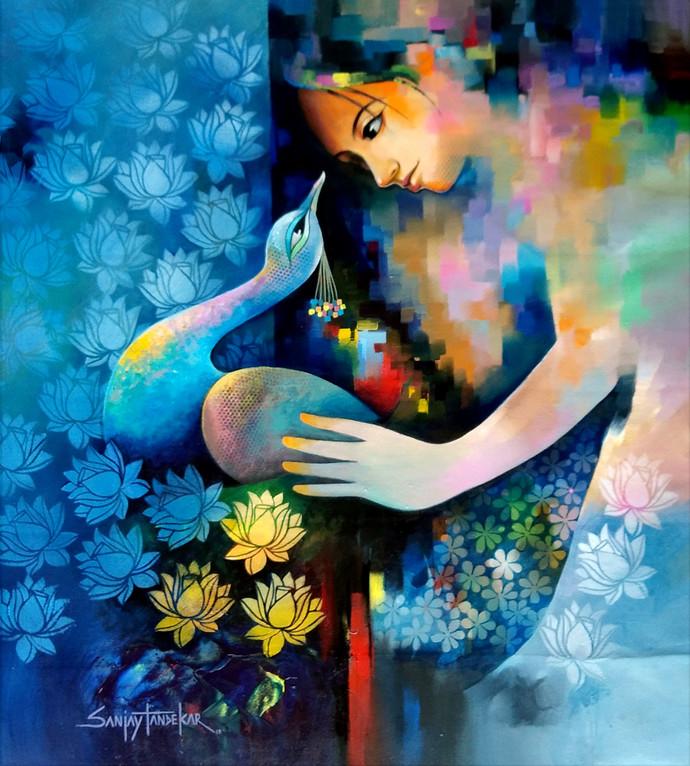 Art is a wondrous enchantment. It lays bare the mysteries of the soul. The sublimity extracts one out of the realms of mundane routine. Transcendence of art takes the mind to a space that one does not dare to define in strict terms.

To one, art feels like home. It soothes the eye and keeps the heart in peace. Yet, to another, art is the portal into a world of vibrant novelty, with forms and colours that were never seen before. It becomes a land where preconceived meanings break down and something of the unnamable emerges.

On the other hand, there are many for whom modern art paintings seems like a tremendous enigma. This either leads to being overwhelmed or being bored.

In truth, anyone can perceive art painting as long as they allow their souls to open. It is a relief, indeed, to know that what we are looking for is within us. All are suppressed, buried and lost in the constructs of society that otherwise dominates our thoughts. The appearance of the world is sort of a veil drawn across its surface. The truth of existence, morality and the human conscious all lie beyond the definitions of scriptures.

Athenian philosopher Plato in his Republic declared poets should be exiled from the perfect society. Because poets with their otherworldly vision and power would be terrifying to a society governed by strict scientific thinking and laws of civilisation. According to Plato, art is merely an imitation of objects and events of everyday life. And all of these exists in the realm of Reality, or the physical world of senses. In Plato’s philosophy, Reality itself is the shadow of the realm of Truth, or the invisible world of reason and intellect. Thus, art is trivial, for it is the copy of the copy of Form. At its best, art is nothing more than entertainment. While at its worst, art is an illusion even more dangerous than the transience of opinion.

Yet art has survived and thrived ages after ages, as civilisations warped and developed, as kingdoms formed and fell. It is because art can possess its own truth and its own meaning. It exists dauntless of the attacks of science and religion. 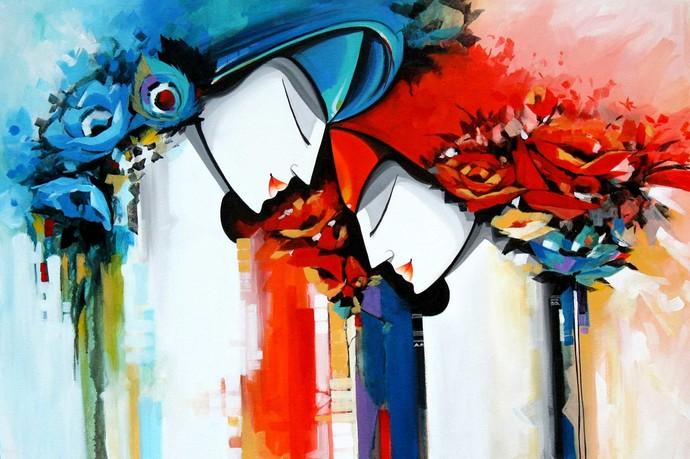 The artist does not desire to prove, is not responsible to foster ethical sympathies and cannot ever be morbid. Such is because the artist can express everything. Thought and language serve as instruments to the artist to deliver his vision out into the world.

It is the spectator,and not life, that art really mirrors.”

Creativity is madness. The tongue utilises the coherent means of communication that we know as language. But the soul can converse in ways that are difficult to grasp when you remain under the shackles of hard reality.

Since many artists do not restrain, many artworks are conceived as brutal, warped and even abject by a majority of the mass. Art emerges from the abyss that lies gaping within ourselves. For that, we must break down every definition that has been instilled into our minds since as a child. Therefore, we will face our true self, our true meaning and perhaps also the truth of the universe. And such a meaning is at times horrid, other times formless, but most importantly, it speaks the language of the soul.

“One must still have chaos in oneself to be able to give birth to a dancing star.”

Art, however, is not always independent of its surroundings. The sensitive mind of the artist is influenced by the socio-cultural environment where they grow up and live in. Art moulds and adapts according to the changing times and society. Movements like Expressionism, Cubism and Pop Art all are evidently a result of their human environment. Thus, art also traces the history of human perceptions, psychology and shift in values throughout time.

Art speaks the words of the unique soul. Yet, it will be insufficient if we do not consider the history of all forms of art and artists. For all of this culminates to hold a key influence over an individual, regardless of the time they live in. The artist is moved by the thoughts, methods, style and messages of their predecessors.

“No poet, no artist of any art, has his complete meaning alone. His significance, his appreciation is the appreciation of his relation to the dead poets and artists. You cannot value him alone; you must set him, for contrast and comparison, among the dead.”

Today, artists are creating works that transcend geographical boundaries and political limits. They speak of human values and their importance, or lack thereof, in the modern world. It takes courage to lay bare your soul in such turbulent atmospheres. Artists strip their minds upon the canvas for all the eyes to see. Thus, modern connoisseurs of art look for enthralling and groundbreaking pieces of work. Creating or possessing a relevant piece of art adds to the aesthetic values of the space. But on top of that, it defines the personality of the owner and the ideals that they stand for.

Paintings of Indiaoffer a vast collection of such dynamic and exquisite pieces of art. Sheela Gawda, Atul Dodiya, Bharti Kher, Reena Saini Kallat and Sahej Rahal are some of the most iconic names in the field of Indian contemporary painting.  These artists stay true to their perceptions, ideals and cultural history in order to bring out the boldest and most unprecedented forms of artwork.

When was the last time you were impressed by an art? Were you so thrilled by it that you want to hold on to it? We at IndianArtZone know exactly how that feels. We are a group of community art force , art collectors, art curators and all art professionals and enthusiasts working together to make this platform more successful . We can give you a space to connect with creative professional  artists with us to find the best paintings available online.Visit www.indianartzone.com for more information.