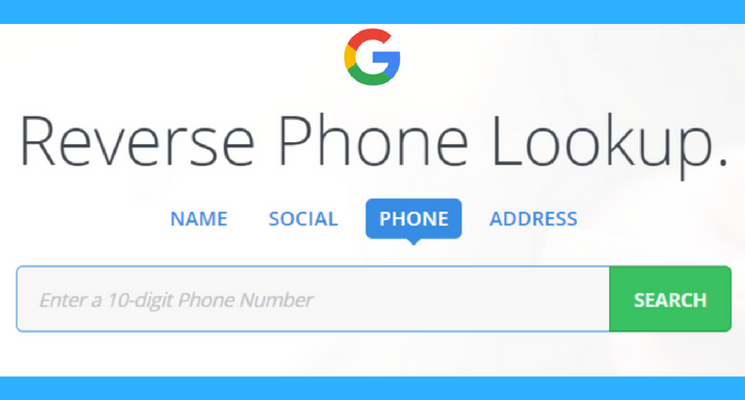 Let’s face it, it’s absolutely annoying and frustrating when someone keeps calling on your number and when you ask them who they are and what they want, they don’t even tell you that. In other words, getting continuous calls from unknown numbers can be very frustrating especially if the other person is saying some really weird stuff on the phone that only a personal relative knows and in some cases, people even get threat calls from unknown numbers. All of this leaves us with only a single solution and that is to conduct a reverse phone lookup.

Yes, you read it right! A reverse phone lookup is what you need to do because this is one of the most popular and the most common thing people do when they want to identify who called them. For those who don’t know, a reverse phone lookup is a technique used by people to identify an unknown caller, his name and his address too. It’s a pretty effective technique and most of the times it works.

What Do You Do In A Reverse Phone Lookup?

If you have an internet connection and a laptop or a smartphone etc then yes, you are totally eligible for a reverse phone lookup. In this case, what actually happens is that you head to a search engine like Google or Bing etc and then you type the number that has been calling you. Now, the one thing you must need in this case is the other person’s area code. You type the number of the person on Google’s search engine and along with that, you need to type his area code. Now, press “enter” and you will have all the results pop up right on your screen. It will be easier for you to identify the caller, especially if he is anywhere on the internet and is a little popular too.

The other thing you can do in a reverse phone lookup is to type in the address of the person on Google’s search engine along with his area code and you will have all the information against that address right on your screen.

Another thing that can help you is a reverse phone lookup directory. Yes, you read it right, when you enter on Google for let’s say “reverse phone lookup directories”, you will have a lot of websites open up on your screen and that’s what you need to follow. You see most of these websites will work for you but then there are going to be some that will just scam you and trick you into spending some money.

One thing you need to be careful of is that never spend any money on the internet when you are performing a reverse phone lookup because that might be the biggest mistake you will ever make. You need to know that identifying a caller is free of cost and if there is any information about him on the internet then you will get it easily that too for free. Just stay constant with your struggles and don’t fall a victim to the scammers who are trying to take some money from you. These websites don’t even provide legit results which is why you need to be careful as much as you can be.

We hope you now know how a reverse phone lookup is done. So, if you really have an annoying unknown caller and if you are in a dire need to know who it is then don’t wait anymore and head to Google right now and do what we just told you above. With a little effort, you will get your desired results for sure.

This post was submitted by Qurban Shah from Techpin.com

Betting: Who To Watch Closely In The Race To Become The Democratic Nominee

January 7, 2020January 7, 2020 @TheInscriberMag
The next presidential election will take place on Tuesday 3 November 2020, with the winner inaugurated on 20 January 2021. An overwhelming number of Democrats have launched campaigns to become the Democratic nominee. A total of 29 major players
#INSCMagazine Sex Women

Women’s Reproductive And Sexual Health: The Difference And What You Need To Know

October 4, 2019 @TheInscriberMag
Much has been discussed about women’s reproductive health over the years and there are several moves which have been made
#INSCMagazine Beauty Women

December 24, 2019 Krisna Garcia
Foundation has come a long way since the cakey, mask-like stuff people used to wear a while back. With options