On the final day of March 2017, the FOX program known as Sleepy Hollow brought plenty of different characters into an all out war. Ichabod Crane, played by Tom Mison, sold his soul to the devil in order to kill Richard Dreyfus. Not only did I see this coming, but I completely disliked the idea of Crane making this type of decision.

Hasn’t he been through enough? The man lost his wife, partner and long time friends for various reasons. His son Henry became the Horseman of War, Crane was the Horseman of War and he’s had to fight witches, monsters, and demons. Leave the guy alone. 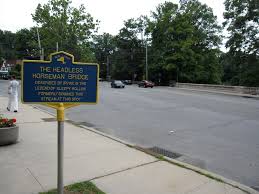 Throughout Sleepy Hollow’s existence, I would wonder why the Headless Horseman hasn’t been used more and why he isn’t in more fighting scenes. It doesn’t make sense to have him in the opening credits if you are not going to treat him like a character that will be involved with more episodes.

On a positive note, I was impressed with Lara (the older version of Molly) as she challenged Dreyfus’s authority during her days in the future and how she fought off any villain that came her way.

I thought she stole the show away from Agent Thomas, Jake and Alex. Lara drew me in with her composure, personality and fight skills. I couldn’t have been more pleased with how she fit into the webbing of the program’s framework.

Now let’s attack the big elephant in the room from the season four finale, shall we? The Four Horsemen of the Apocalypse were built up to be this extremely terrifying, evil group, with no regard for human life and the ability to destroy anything their path. I was hoping for them to showcase their skills and create an actual challenge for Team Witness. But sadly, this show failed to make me stand and applaud after the final battle scene (However, I did applaud for the victory of Team Witness).

I was disappointed in the writers and directors of the show for allowing the Four Horsemen to be defeated so easily. All it took was a few ancient weapons and the disappearance of Dreyfus and Jobe to seal the deal. In the final scene, we see Crane and Agent Thomas march towards a water monster of some kind which could mean a season five is in the works.

So should Sleepy Hollow come back for a fifth season? 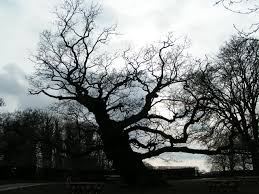 Why it should return:

I loved Tom Mison as Ichabod Crane. He not only showed his range as an actor, but he proved to be the best actor on-screen. I cannot imagine anyone else playing the part of Crane. The character was gentle, intelligent and courageous and Crane’s persona made me want to watch Sleepy Hollow.

It was always fun to watch how Crane would try to take down any of the villains (Pied Piper, Jack The Ripper, etc). I hope to see Mison in future projects whether it’s on television or the big screen. He was truly the one constant Sleepy Hollow had in its four seasons.

Lyndie Greenwood nailed the part of Jenny Mills. I felt compelled to watch her portray this character because she made it special. From showing Jenny’s clever side in serious conversations to her fight scenes I was happy to see her on-screen. Her kindness and compassion toward others are other reasons why she is one of my favorites in Sleepy Hollow.

Henry Parrish is one of the best villains I have ever seen on television. Not only did he try to destroy his father, mother (Katrina Crane) and the entire human race through deception, he also had the personality to back it up. Henry’s lack of emotion in dire circumstances made me wonder how powerful he could be and what he had in store for all the people in his wake.

There are other figures in American history that can be included in future episodes or if they wanted to include more historical figures from other countries that could work too.

The show did a good job filming grim scenes of a character’s past. The lighting or lack there of helped show us the lives he/she were living and the mood the director was trying to establish. 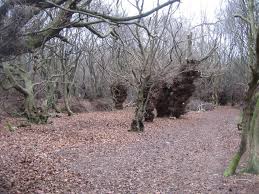 Flashbacks to the late 1700s gave us an opportunity to see the how historical figures like Betsy Ross and George Washington defended the United Sates of America from demonic creatures. It gave me something to look forward to if other parts of the show disappointed me.

The Dialogue between characters became fun to observe. From Ichabod and Abbie doing research at the archives to Captain Irving and Jenny meeting for the first time, I enjoyed the camaraderie the characters were able to have throughout difficult times.

Why it should not return:

There is not really anywhere to go from where season four left off. Moloch, the Four Horsemen, Pandora and The Hidden One have all been defeated, what villain could they possibly come up with next? What is the point in wasting 13 extra episodes on a new villain that might not be shown in the best possible way?

It is better to let the show end the way it did instead of pulling a new main villain out of the air (or water). I would miss the show, but I do not trust the directors and writers of the program to produce the absolute best content for Sleepy Hollow.

Whether this is truly the end for Sleepy Hollow or not I will always consider it to be one of my favorite television shows and I believe that if enough key pieces come together this show can be elevated to a legendary status.

August 17, 2016 Robert D. Cobb
Wednesday was a rough day for two WWE superstars. It seems that both Alberto Del Rio and Paige who are
Entertainment Uncategorized

Men: What are The Coolest Items for Ultimate Man Caves?

August 8, 2016 Robert D. Cobb
No matter how old men are, they will always have that little boy sleeping within them. Every teenager needs a
#INSCMagazine Entertainment Live Streaming Technology

Live Streaming: 3 Best 123Movies Alternatives That You Should Try

June 16, 2020 Harjot Singh
Streaming or watching movies and TV shows are trending entertainment for anyone. Because of that entertainment, many can stay at

One thought on “Sleepy Hollow Season 4 Finale: Should The Show Return?”

Warning: Illegal string offset 'username' in /home/theinscr/public_html/wp-content/plugins/instagram-slider-widget/includes/class-wis_instagram_slider.php on line 821
No images found!
Try some other hashtag or username
Do NOT follow this link or you will be banned from the site!
%d bloggers like this: