“We need women at all levels, including the top, to change the dynamic, reshape the conversation, to make sure women’s voices are heard and heeded, not overlooked and ignored.”

Things have certainly improved for women in the past few decades but in our patriarchal society, being a woman is still not easy. The challenges a woman has to face every day is simply something a man never needs to deal with; after all our society and culture has always inclined towards benefiting one gender over another. Yes, upliftment of the mindset and raising voice against the repressive culture has brought drastic changes towards giving women the right to equality but we still have a long way to go.

Below, we have discussed just a few of such many challenges a woman has to go through on a daily basis.

1. A Woman Represents the Entire Gender:

A woman is still not seen as an individual but as an entire gender. When you are a woman, everything you do reflects on your gender as a whole.

The Equal Pay Act passed in 1963 was meant to ban discrimination of wage based on gender but a recent statistics (in the year 2019) has revealed that in the USA, women still earn 79 cents for every dollar earned by men. 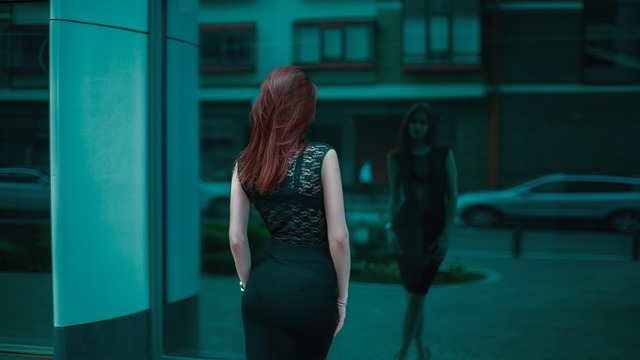 Why is the pay gap so steep between men and women despite such high talks about gender equality? It is simply because men usually hold higher paying jobs compared to women. It has also been observed that men climb the career ladder faster than women.

Another reason could be related to the different occupation of men and women.  According to a data shared by the Bureau of Labor Statistics, women majorly work in occupations such as Education, Healthcare, Office & Administrative Support, Social Services which do not pay as high as the occupations in which majority of men work like Architecture, Engineering, Construction, Transportation, Installation and Maintenance.

Periods are the worst times especially when you have to work and if you get cramps in the middle of a meeting, you may not be able to deliver what is expected of you. Strangely, men and women are given an equal number of off-days from work despite the fact that women clearly need a few extra days off every month.

Many women have disclosed their agony that after years of hard work, contributing the same as their male counterpart, they were never considered for higher positions as a default choice but an afterthought. The deeply rooted thought process about women being the weak gender, more dependent and less visionary is a barrier which many company superiors are not ready to look past.

The problem does not look serious from the outside and you will find a few people who are going to tell you how the concept of patriarchy and the misogyny you have faced is all in your head. But, how can you explain the fact that the United States has never had a woman as the President yet? Decades of campaigning for gender equality does not mean sexism is over.

When you think about fashion capitals, along with Paris, Milan, and London, New York is also considered as a fashion hub (you just cannot forget the iconic character Carrie Bradshaw famous for her fashion sense from the highly rated series Sex and the City who lived in and loved the fashion city- New York). It should come as no brainer to you the high beauty standards expected by women in the USA.

Achieving such high standards can be unrealistic but at the same time, it is important for a woman to look good and presentable to strive ahead in any field.

It is also good to say that the paradigm of beauty has been changing during the last decades in the sense that before it was more important for the front-end (breasts) to look attractive but now the backside is playing a more important role in the physical attractiveness encouraged by the constant publicity achieved by celebrities like Jlo or the Kardashians and music like Hip Hop or Reggaeton famous for their rear end.

The advanced technology development, especially in the field of cosmetic surgery, has made it possible for women to get the desired look as long as they do not go too far with it. There are certain minimally invasive non-surgical procedures which can be done at a young age to avoid surgeries later in life. One such procedure is buttock augmentation through Bioplasty which consists of injecting biocompatible dermal fillers to give volume and contour to the desired area.

There is no two way about the fact that the fight for equality has brought higher employment opportunities, a better lifestyle, the right to vote and confidence in the women of today. However, this cannot change the fact that women are still not free from the deeply rooted prejudice and it will take much more time to conquer those challenges.

While gold rings are stunning and one of the unique
Fashion Fashion/Style
Bettina Cabana December 8, 2021 0 comments

Why is My Glass Sliding Door Hard to Open?

Stephanie Gonzalez, the Plus-Size Fashion Model, Credits Her Success to Her Hard Work

How to Build a Content Machine: An Academy Where Accountability Coach Angie Bellemare Helps You to Build a Personal Brand on Social Media

Hip/Urban: Are Barefoot Shoes Only Used For Running?

The movement of the foot is more natural when a
Athleisure Fashion/Style Hip/Urban
@TheInscriberMag May 14, 2021 0 comments

Today, the world around us is more exciting than ever
Beauty Lifestyle Women
Priyanka Patel November 10, 2021 0 comments

Having dry skin on the lips makes them appear dull
Beauty

IM Academy: What You Need To Know Before Joining

Have you been thinking about expanding your portfolio or venturing
Business Cryptocurrency
@TheInscriberMag October 31, 2021 0 comments

FXTM also called ForexTime was founded in the year 2011. The
Bitcoin Business Cryptocurrency