On April 4, 2017, CBS replaced its lead TV analyst, Phil Simms, with former NFL quarterback Tony Romo. It’s very strange, to say the least, and very unexpected. After letting the dust settle on this big move by CBS, here are my 3 key takeaways to Phil Simms being replaced.

This move speaks more about CBS than Phil Simms.

When you look at the television landscape ESPN has an enthusiastic Jon Gruden, which has become a fan favorite over the past several years. FOX has arguably the best pregame show with Terry Bradshaw, Curt Menefee, Howie Long, Jimmie Johnson and Michael Strahan. NBC has the very popular Dan Patrick hosting their pregame and halftime shows. NFL Network not only has popular figures such as Deion Sanders and Michael Irvin, but they have embraced the creative side of things NFL RedZone (which they’ve had for several years), Good Morning Football and A Football Life (started in 2011).

CBS needed to draw more attention to its programming because it doesn’t come across as interesting as some of the other networks. In fact, the other networks give us more options, more interesting options. Don’t get me wrong, CBS is my favorite option for NFL coverage, but plenty of folks are more impressed with the personalities on the four other networks because they are more fun to watch. I understand CBS is attempting to draw in more fans, but just because Tony Romo received plenty of coverage during his time in the NFL, doesn’t mean he’ll be a major focus as a broadcaster. 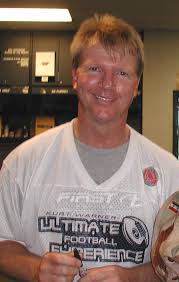 The Hall of Fame quarterback did his job for many years in the broadcast booth. For instance, he discussed plays and why they were good/bad decisions. Similarly, Simms broke down what he saw in a team’s defensive strategy. And also, what we should expect at different points in a contest. However, for him to lose his job to a guy that has never been a TV analyst is ridiculous. If Phil Simms leaves CBS he should be offered a spot on another NFL pregame show. Consequently, on one of the other major networks. CBS would be wise to offer him a big role as well. I would like to see him on The NFL Today because I think he could spice things up a bit. The personalities of Cowher and Simms would be fun to watch.

Tony Romo will draw in a younger demographic.

Viewers who are between 18 and 34 years of age will have an opportunity to see a player they once watched in the at a relatively young age. Additionally, this will help younger generations ease into an NFL game (or not if folks can’t handle seeing Romo off the playing field). There tend to be TV analysts that 20-year olds don’t recognize and therefore their viewing experience isn’t the same. Especially since they don’t feel like they have as much of a connection to the game. With Tony Romo as the new lead analyst alongside Jim Nantz, the younger audience gets to say, “I remember when that guy played…”

July 31, 2016 Robert D. Cobb
It seems like this team for the last decade has been at the top of the AFC East and has
Chicago Bears Detroit Lions Front Page Green Bay Packers NFL Uncategorized

Who Will Win the NFC North?

July 2, 2015
The Green Bay Packers are hoping that their defense can take a step forward during the upcoming 2015 season, and

Warning: Illegal string offset 'username' in /home/theinscr/public_html/wp-content/plugins/instagram-slider-widget/includes/class-wis_instagram_slider.php on line 821
No images found!
Try some other hashtag or username
Do NOT follow this link or you will be banned from the site!
%d bloggers like this: